For most of us the thought of decluttering is extremely overwhelming. If you are standing in your kitchen or your lounge – you are probably surrounded by stuff. A lot of stuff! It is more than likely what puts you off starting, right? I know it is what put me off – instead of dealing with it I just kept buying more and more storage containers. So don’t try to clear it all out in one go – start with one thing. Just ONE thing.

Today, get rid of ONE thing. Just one.

If you have been living in your home for a while, you will more than likely have accumulated a lot of stuff over the years. If your cupboards are like ours where, then you are opening them and waiting for everything to fall out on top of you. I am pretty sure there are cupboards you don’t even open anymore because there is just so much stuff in it, its easier to ignore.

So instead of trying to declutter your entire home in one go, get rid of just one thing today. It can be anything from any room – big or small.

When David and I moved in together we both already had a lot of stuff. Then we had two babies and so there was more stuff and eventually I was starting to get worried that we would get swallowed up with all the stuff, so I started getting rid of stuff – little by little. I started almost 7 years ago and only this year do I feel like I am at the point where what we have is what we need.

Don’t focus on the whole house, focus on one drawer at a time. It will make it seem more achievable and will encourage you to keep going.

Look around the room you are in right now and find one thing that you can get rid of.

It could be an appliance you no longer use – if it still works sell it on Facebook Market Place or gift it to a friend.

It could be clothes that no longer fit you – sell them on Yaga or drop them off at your local charity shop.

It could be a pile of magazines in the corner that you are never actually going to use again – recycle them or donate them to a school.

It could even be as simple as a utensil you no longer use.

It doesn’t matter what it is but just get it out of your house TODAY! But make sure you remove it completely from your space. If you are going to sell it, add it today and then store it in the garage or in your car – just get it out of your space. I often drive around with stuff in my car for weeks until I get the chance to actually drop it off where it needs to go. But once I have made the decision that it must leave, it must go immediately.

Even if you just take one thing today I am almost certain you will see something else that needs to go and another thing and before you know it you will have cleared out a drawer or a cupboard or a shelf.

If you did get rid of one thing today, I would love to hear what it was. 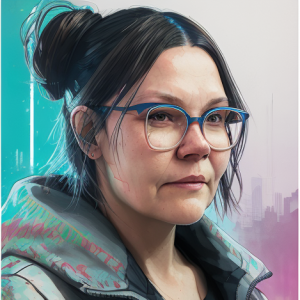 8 benefits of crafting with your kids

From developing fine motor skills to supporting self-esteem, getting crafty has serious perks for your child. Some parents are skilled crafters. Others do well to

Frittatas are the best thing ever. I love them and make one pretty much every morning for breakfast. These yummy little mushroom and goat’s cheese

It is obligatory at this time of the year to look back and assess the year and plan for the new year. The general consensus